It surely won't be an Ordinary World for Duran Duran fans this Tuesday, 23rd August, as the iconic English new wave band takes Merriweather Post Pavilion by storm for an evening of a great concert for all ages. More than a show, this concert is a celebration of Duran Duran's prolific career that spans over four decades. Don't just Save a Prayer for the event, but save your energy because you'll need it when The Wild Boys takes center stage and performs their signature hits such as "Come Undone," "Ordinary World," "Hungry Like A Wolf," "Save A Prayer," and many others. Being known to be great innovators in their live shows, Duran Duran will undoubtedly take your concert experience to a whole new level with their hit songs that stood the test of time. Grab your tickets for the show, and see you at Merriweather Post Pavilion this summer. 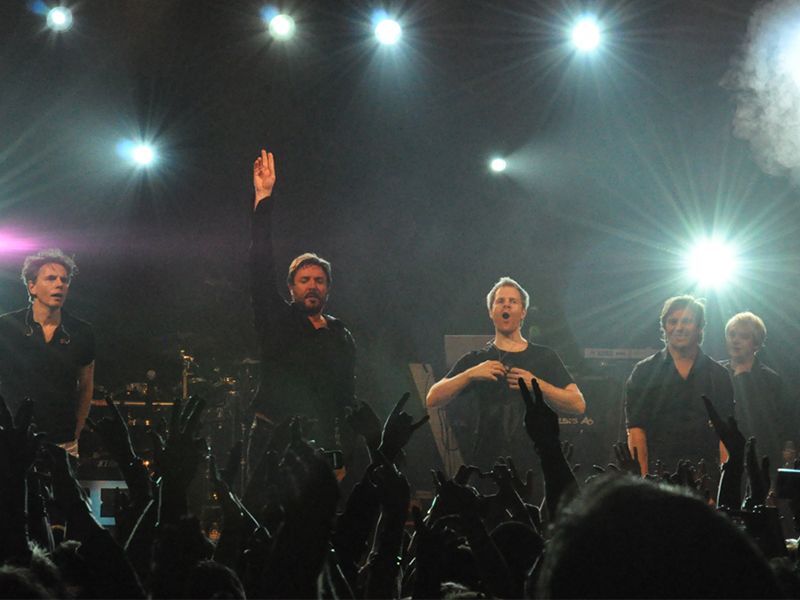 You might be living under a rock, or you're just too young if you aren't familiar with the greatness of Duran Duran. The pop-rock scene of the 80s and 90s would never be the same without the massive hit songs, top-notch music videos, and innovative concert antics of this English new-wave band from Birmingham.

Formed in 1978, the band was an early innovator with video technology in its live stadium shows and became a sought-after live act in the music scene. As one of the pioneers in the New Romantic scene, the band was one of the most successful acts of the 1980s. However, by the end of the decade, membership and music style changes challenged the band before they proceeded resurgence in the early 1990s.

Over the years, Duran Duran has produced one hit after the other. Songs such as "Ordinary World," "Rio," "Girls On Film," "Hungry Like the Wolf," "The Wild Boys," "Come Undone," and many more enabled the band to achieve incredible accolades, including 9 gold records, 6 platinum records, 3 multi-platinum records, 8 lifetime achievement awards, 2 Grammy Awards, 2 Ivor Novello Awards, and 2 BRITs.

The band's latest album, "Future Past," released in 2021, is Duran Duran's 16th album, which will be promoted through a tour this year. The band hasn't toured since 2017, and their tour this year is expected to be an epic comeback from a band whose legacy and influence are still felt in today's music scene. Thus, this is a perfect summer date for you and your friends and family. So grab your tickets now before they run out.